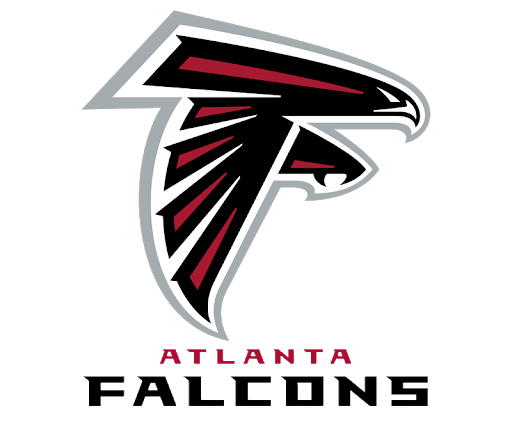 When the Atlanta Falcons contacted us to let us know they wanted to add train horns to the new stadium they were building, we were thrilled that they came to us for this unique project. Typically our train horns are installed on vehicles so it was pretty cool for us to be able to hook up a whole football stadium to roar when the home team scores. We needed to provide them with a horn that not only would catch the crowd's attention but also sound absolutely menacing while doing so.

It took several trips to the stadium to determine the best placement for the horns and decide which horns we were going to go with. After some testing it was clear that the Nathan AirChime K5LA was the right train horn for the job. You simply can't go wrong with one of these retired locomotive horns. From the insane volume to it's beautiful tone, we knew it was the perfect fit.

With the horn and location taken care of, we still had to figure out what we were going to use to power it. A horn this big requires a lot of air and a pressure of at least 150 PSI. Since these horns are going to be honked long and often, we knew that they were going to need a pretty hefty air system to keep up. We decided on the tank and compressor unit with an enormous 80 gallon tank. This gave them plenty of air volume to be able to honk the horn for a little over a minute at a time. When it’s depleted, the 5hp air compressor is able to recover the tank from 0-175 PSI in about 6 1/2 minutes, making sure that they are always ready to honk.

We opted to mount the horn on one of the pillars within the stadium, high up above the crowd. After we got the horn mounted we had to run a few 100 feet of 3/4" air line from the horn to the air compressor that was installed in the maintenance room. Now hiding a few 100 feet of water hose sized air line isn't very easy, but the construction crew at the stadium was able to accomplish this and keep the air line out of sight. After the air line was installed, we were ready to run a few tests to see how the new setup performs. As expected it blew us away with the beautiful harmonic tone and the echo effect it creates in the stadium. The first time we heard the booming wave grow throughout the stadium, we knew we made the right choice.

Last, we needed to select the appropriate switch that would be used to activate the horn. The crew at the Mercedes-Benz stadium wanted to be able to blast the horn from their private skybox. We designed a 110 volt, big red push button that would allow them to do so. They also wanted a stand where fans could come to honk the horn using a pull-cord and experience triggering the horn themselves. We installed a network of low-latency, cutting edge wireless remotes that could be activated by the pull cord. That would allow the fans to go onto the stand and pull down on the pull cord to activate the horn. 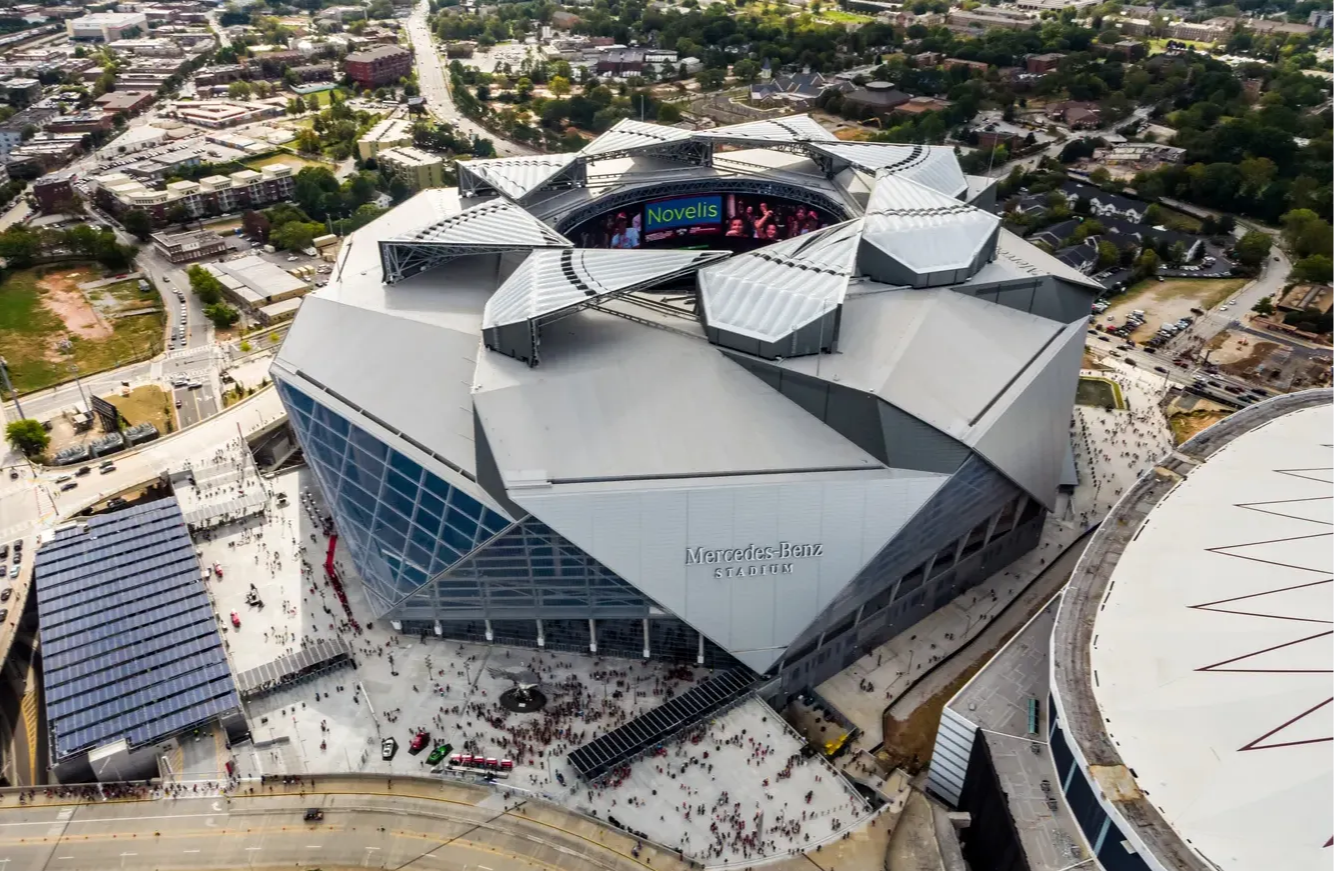 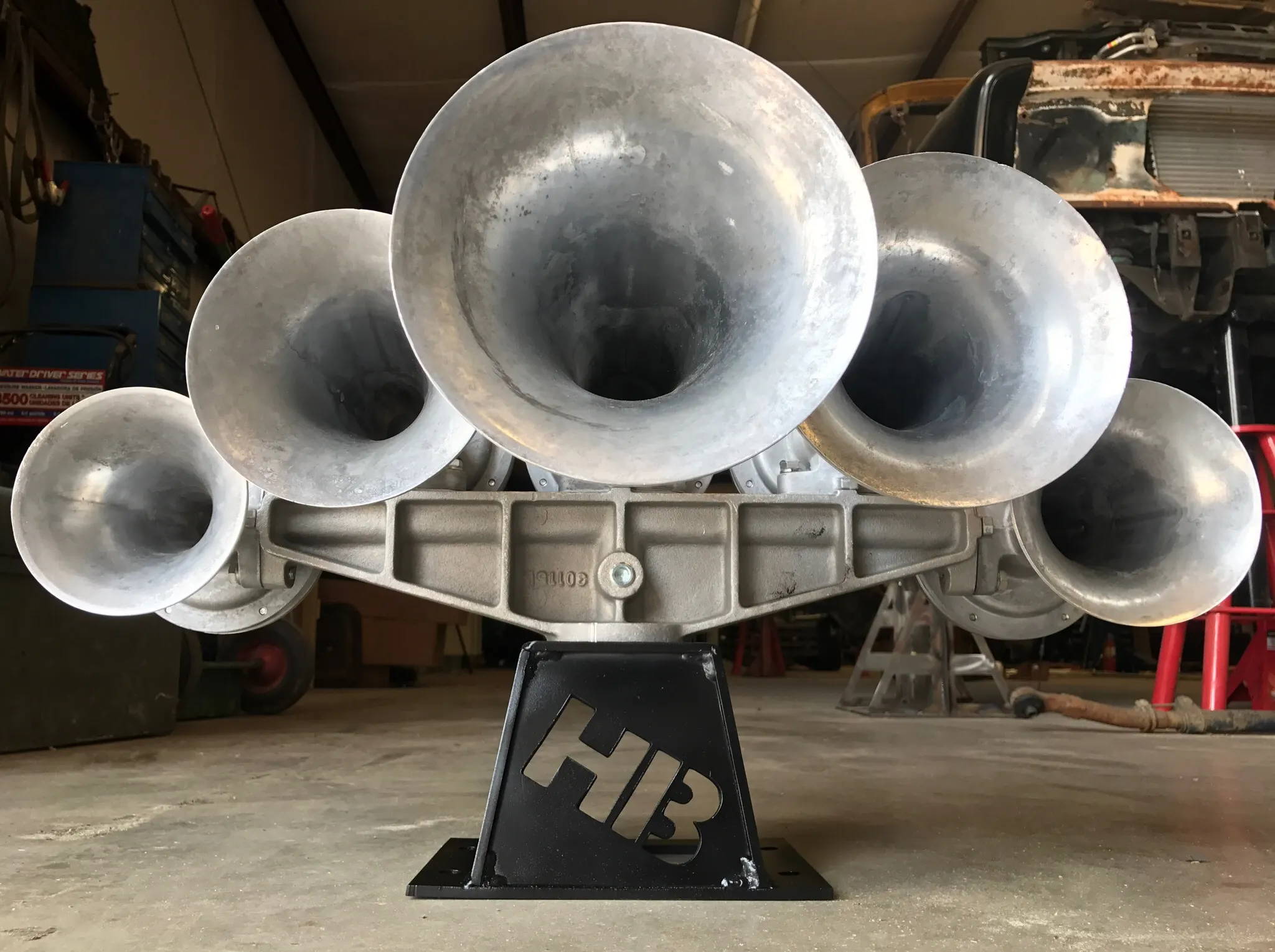 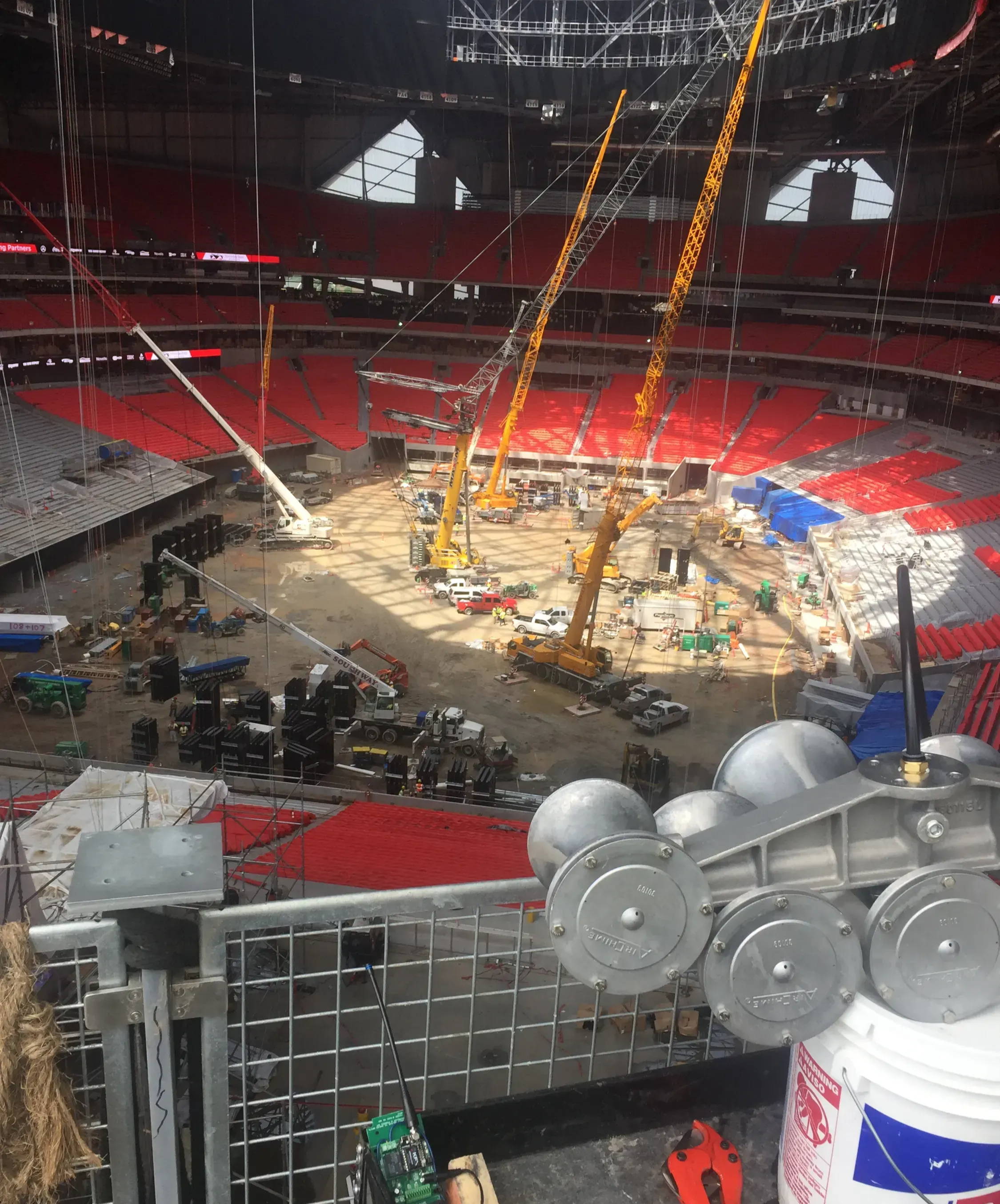 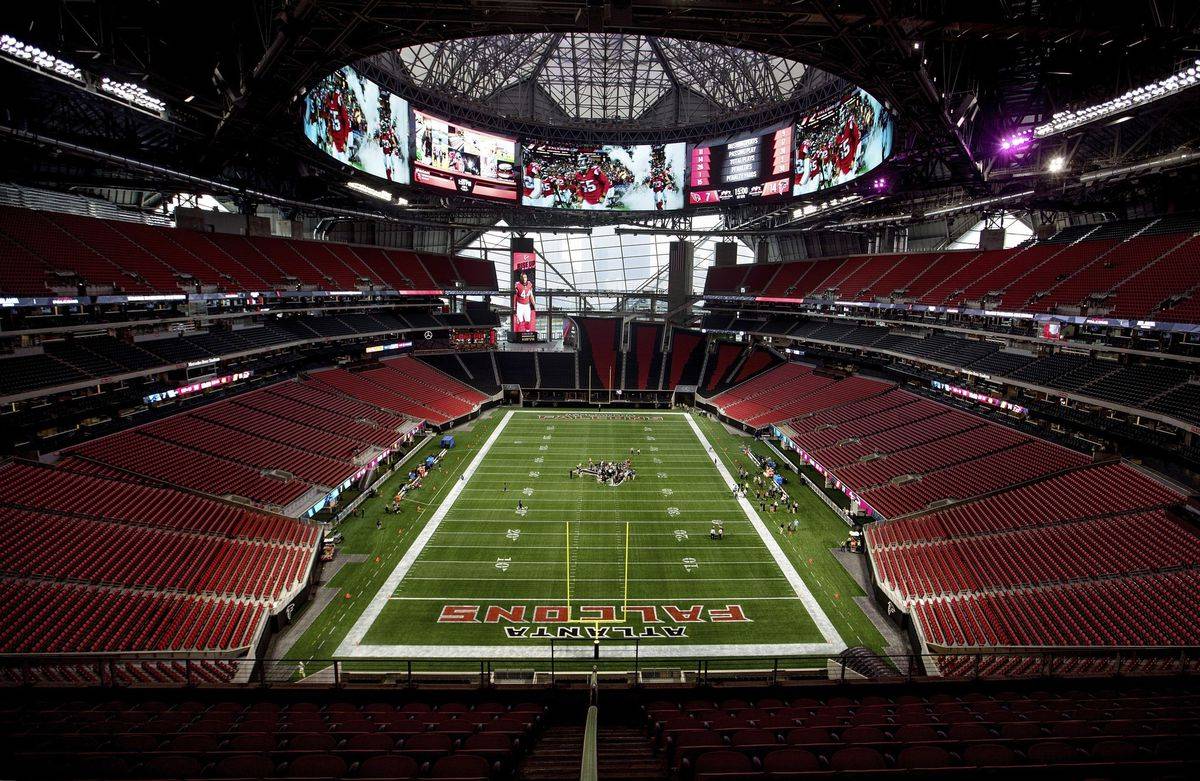 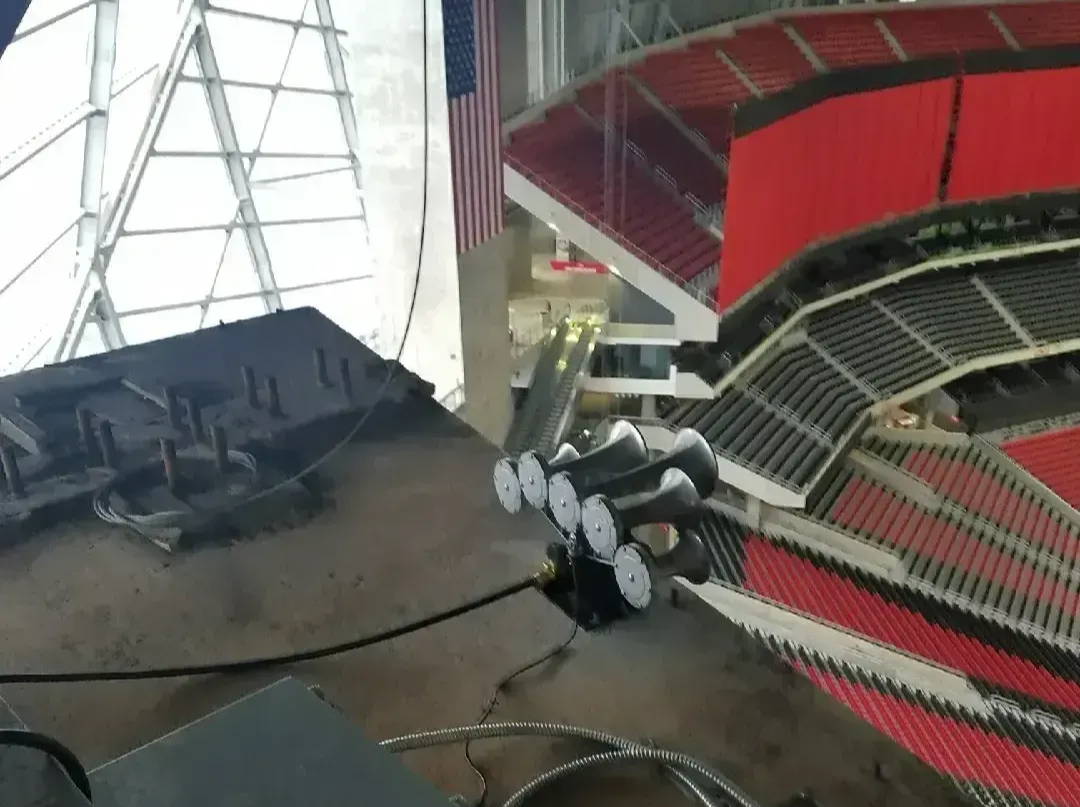 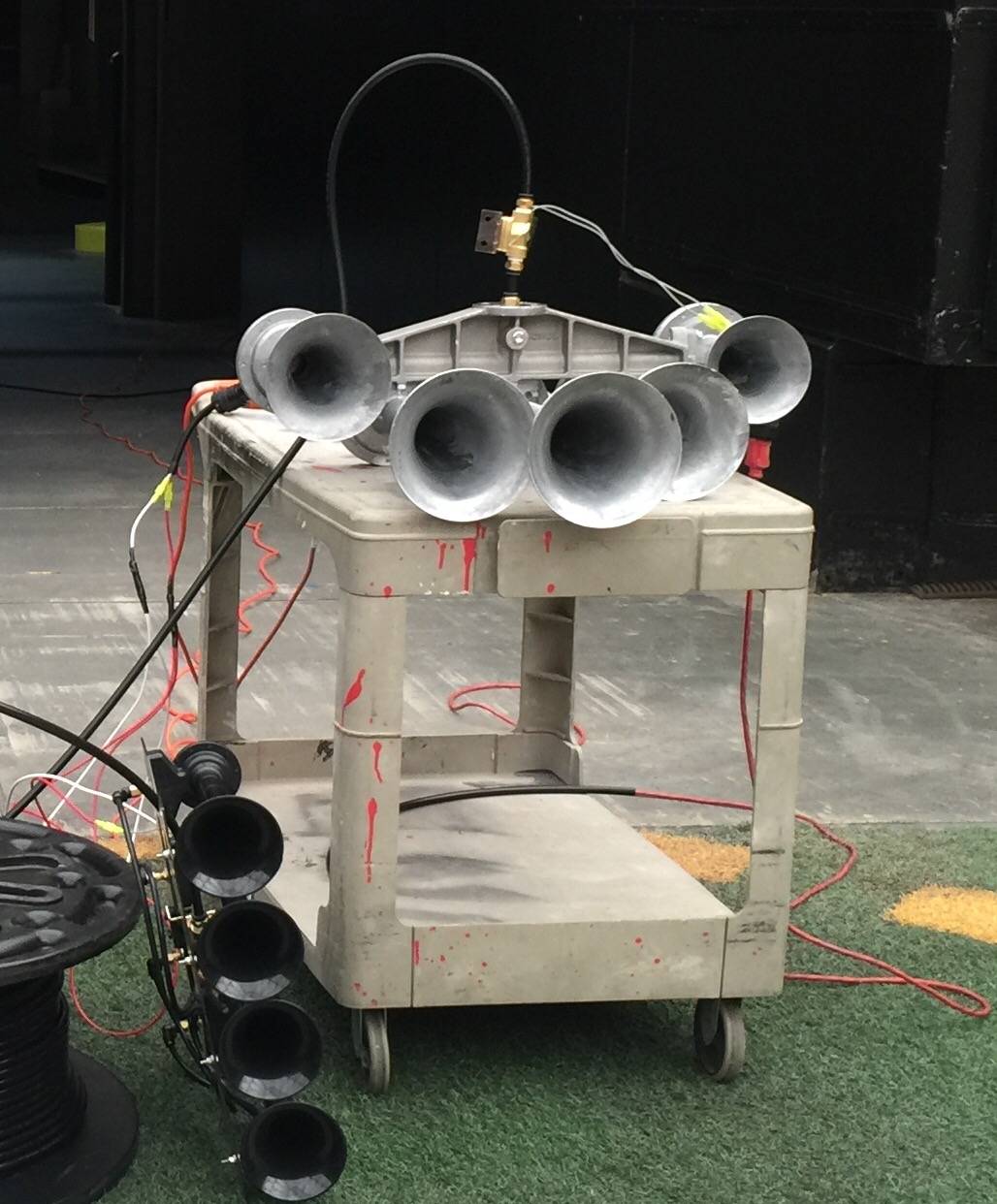 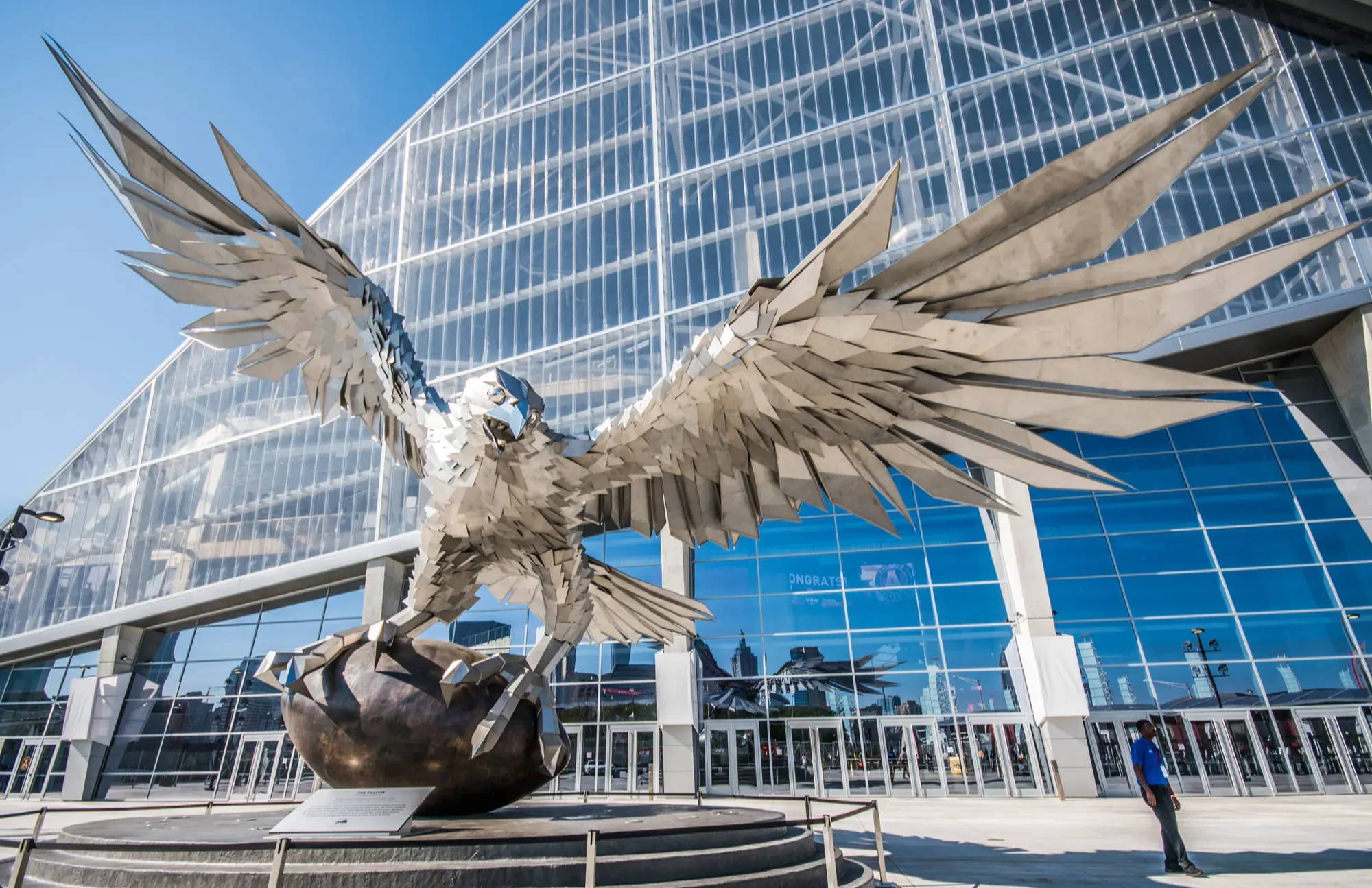 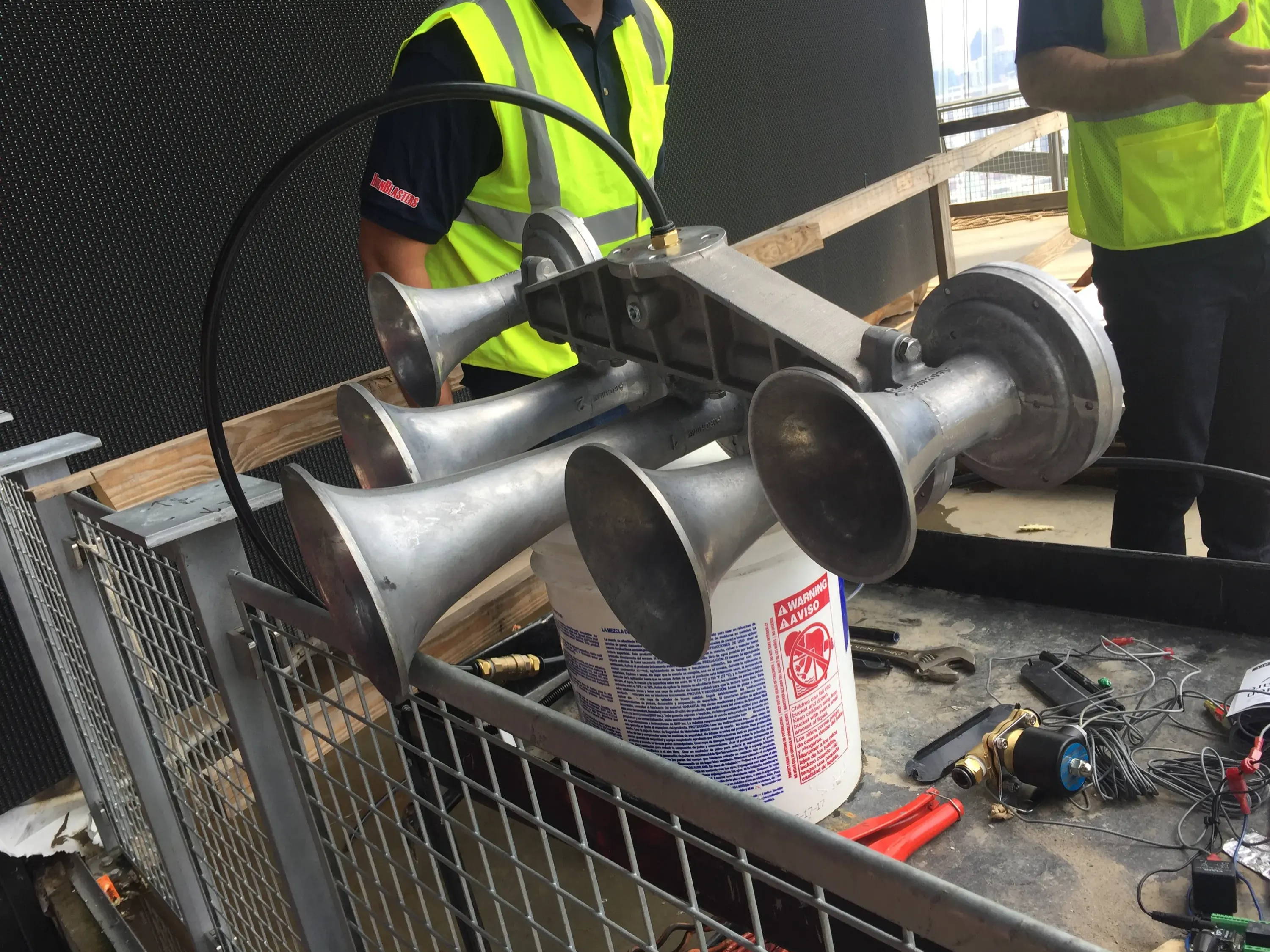 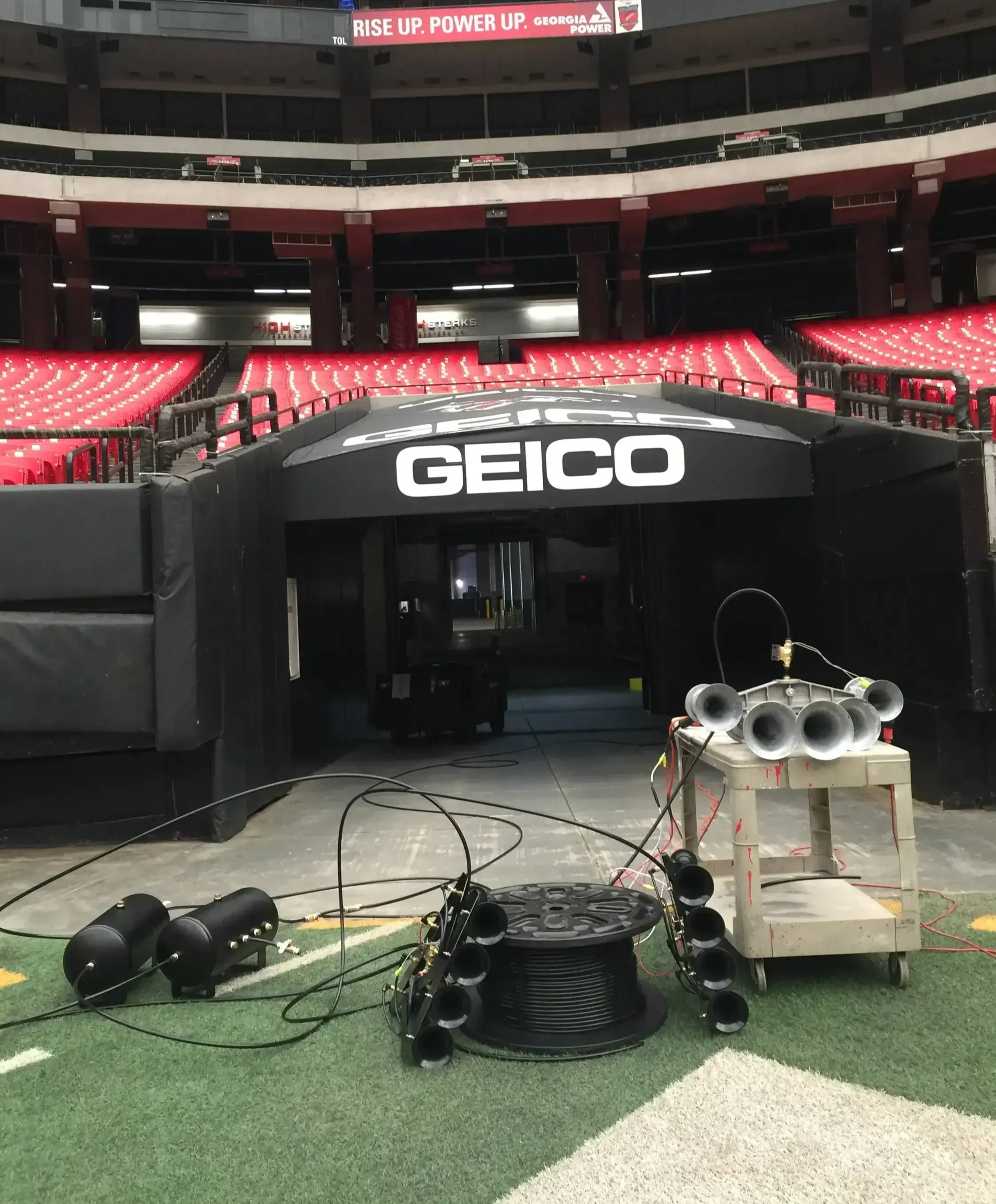