Dating back as early as 1934, the Leslie Tyfon model of horns could be found on railroads. All of the Tyfon horns were a single note sound. The Tyfon line was a simple line of horns made up of only a few parts. They were available in different sizes and tones, with the most common model being the Tyfon A-200.

In 1950, Leslie offered eight “chime” horns. These horns were made up of the individual Tyfon series horns all bolted to a single manifold. These new multi tone horns were called “Chime-Tone” horns and could be ordered as a complete kit, or as an upgrade to convert an original Tyfon to a Chime-Tone. 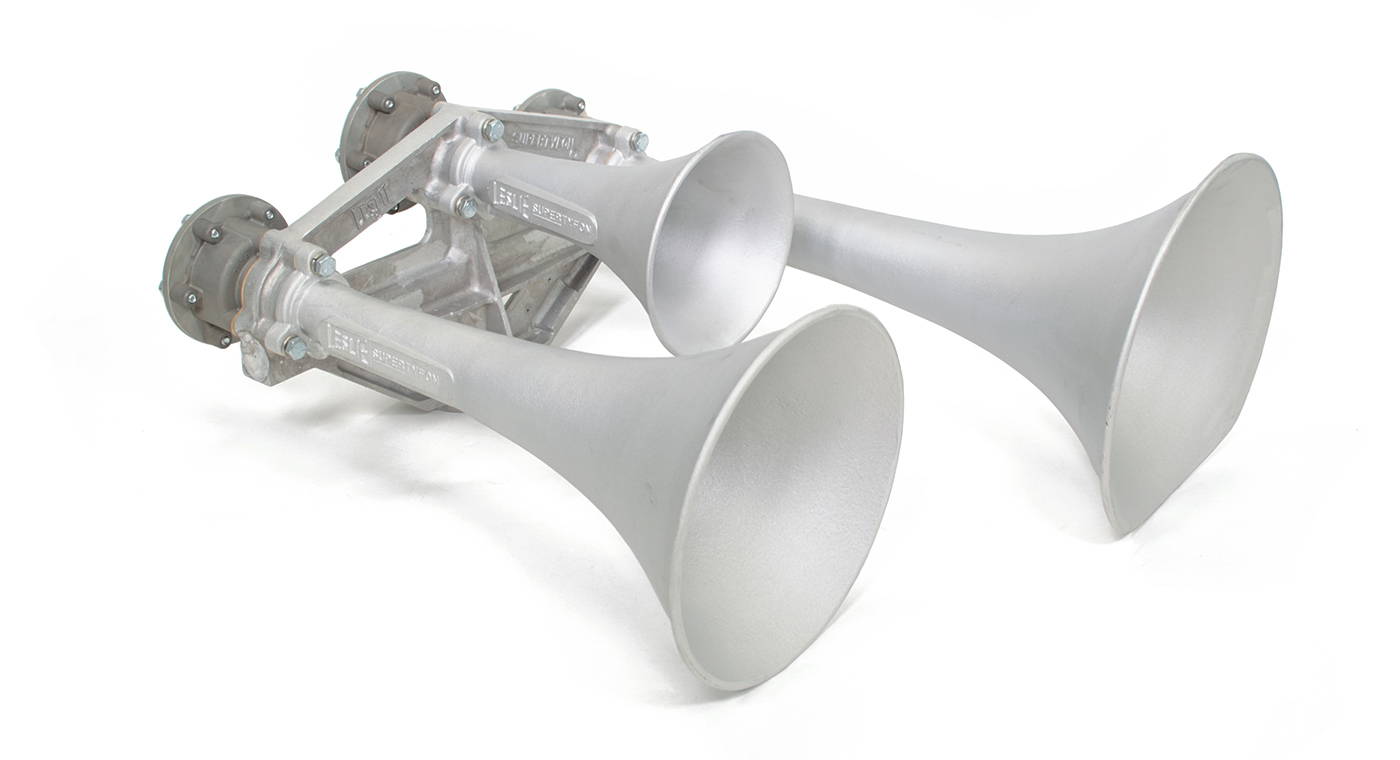 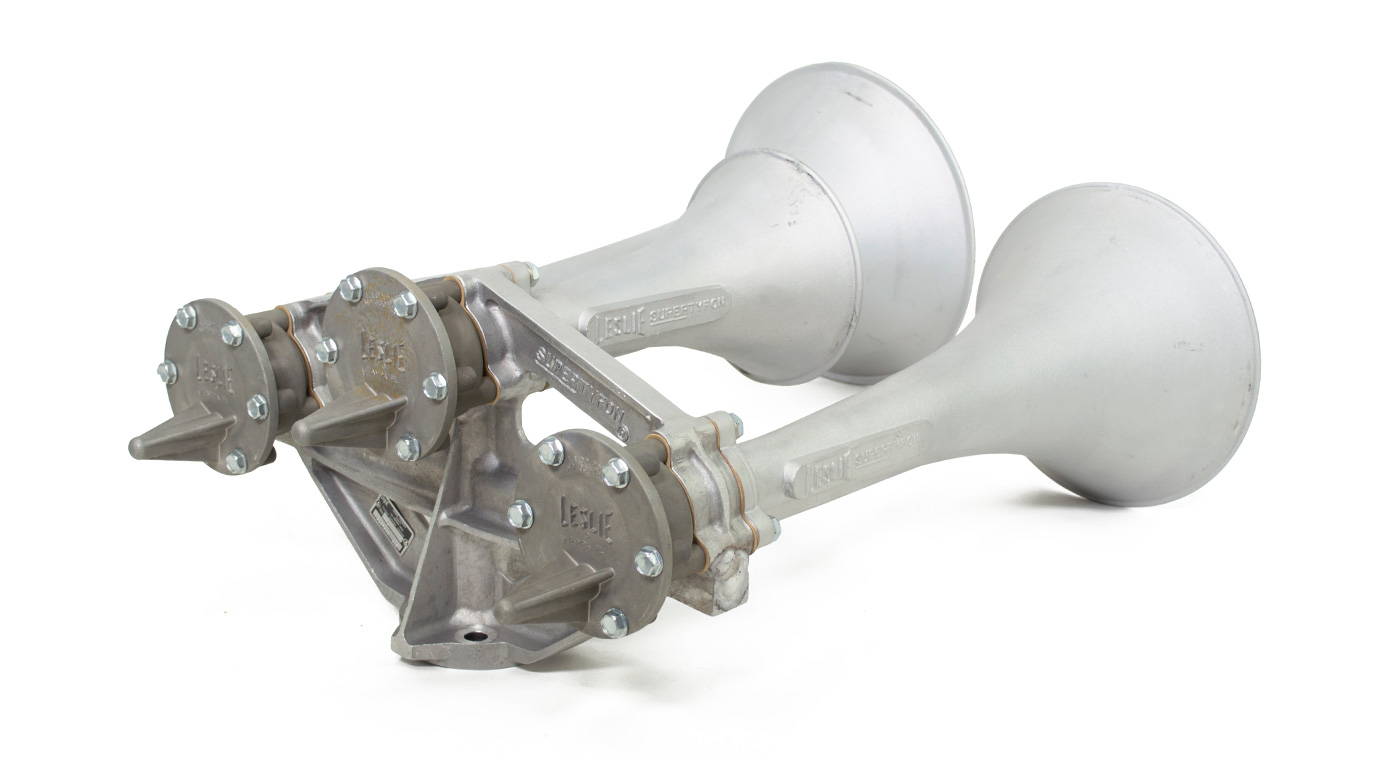 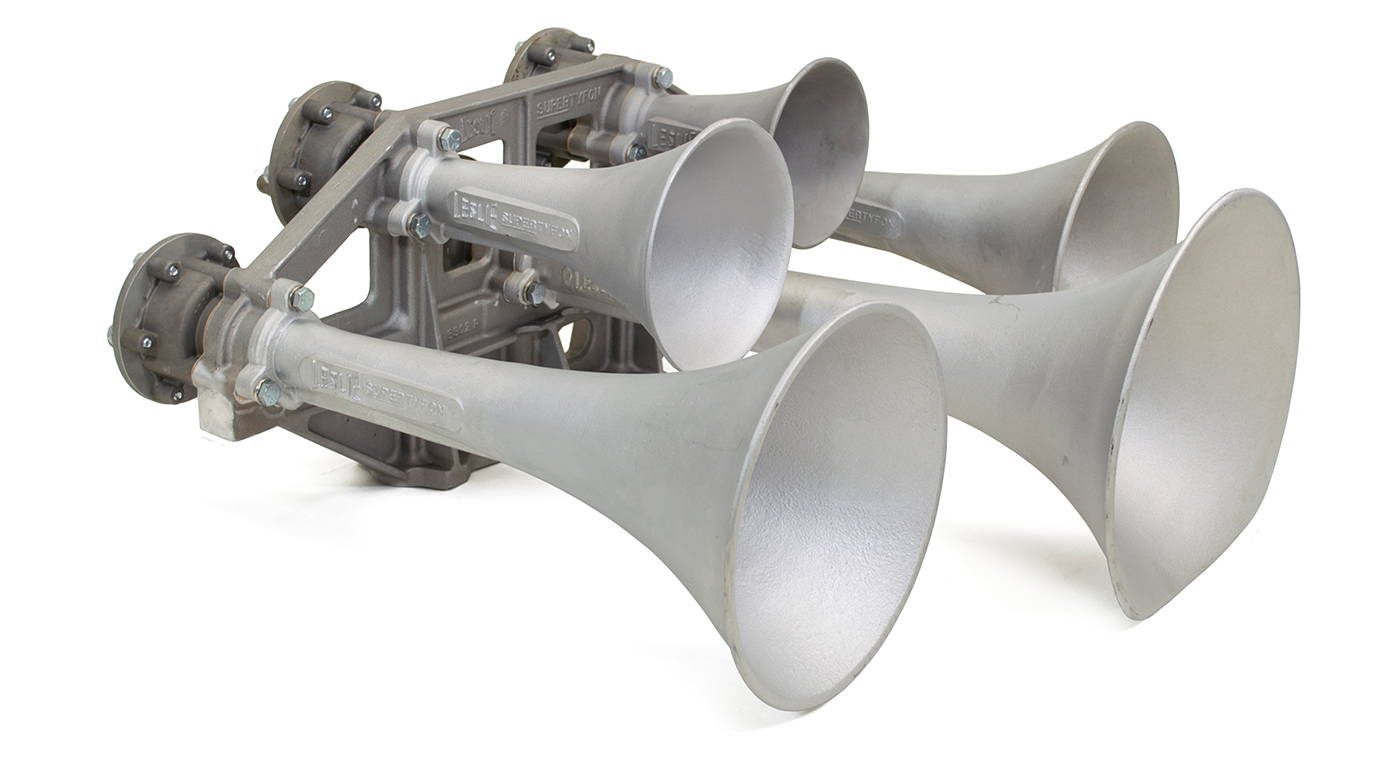 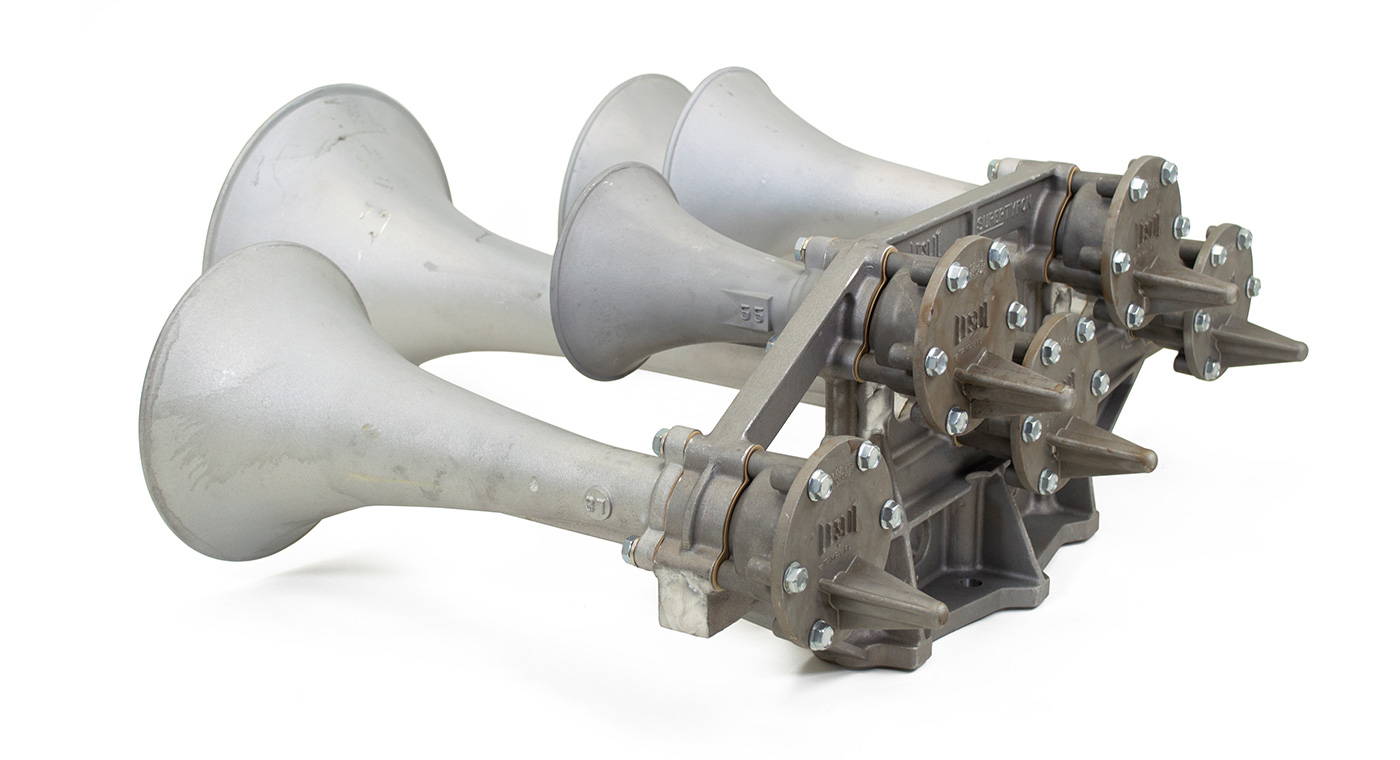 The SuperTyfon line was introduced in 1951 with the S3J and S5D. These horns sounded the same chords as the M3 and M5 offered by AirChime at the time (A-major triad and A-major 7th). Just after these were announced, Leslie added the S3E and S5A to their offerings.
In late 1952, Leslie dropped all other models in favor of their SuperTyfon line. These S3L and S5T models changed Leslie’s sound from then until the end of time.

In order to create a unique sound, Leslie took an unconventional approach in creating their horns to play chords that were slightly off-key. The theory was that an off-key, less pleasing chord would be more effective as a warning device.