It might be decked out in desert camo, but there is no missing Corey's 2017 Dodge Ram 2500! Touching the sky with a Kelderman Air Suspension Lift and 26" American Forces Wheels on 40" Nitto Tires, Corey's 2017 Dodge Ram 2500 is as imposing at is elegant. The suspension on Corey's 2017 Dodge Ram 2500 isn’t the only exciting feature going on under the truck, with an impressive custom onboard air system featuring two of 2-gallon tanks and dual Viair 485 Air Compressors that power our Shocker XL Train Horns blending in perfectly with the rest of the build in a mesmerizing bronze powder coat finish. Corey makes sure they hear him coming long before they even see him with the massive real train horn tone of our Shocker XL Train Horns! 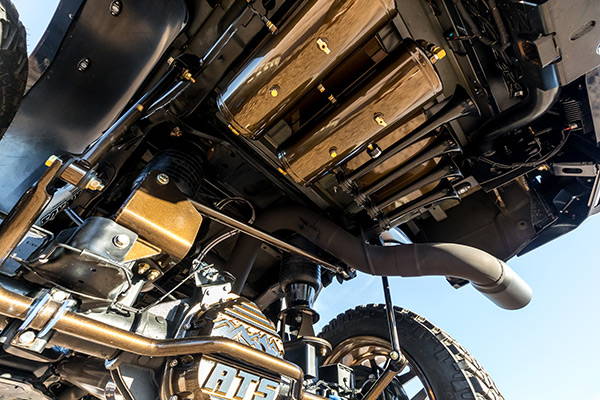 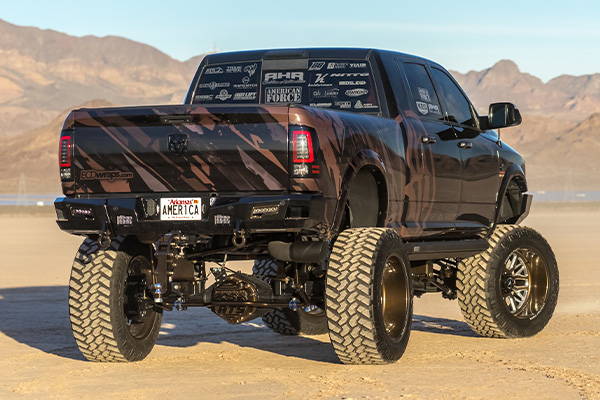 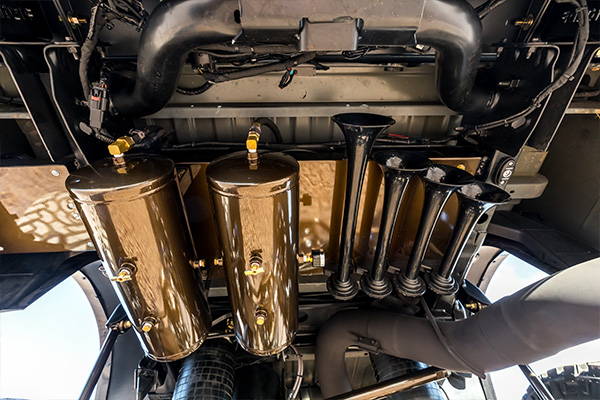