Your In-Depth Guide to Volume: How it works, how it’s measured and what it means for your horns.

Another common question that we get asked is “How loud are your horns” or “What is the decibel level of this horn?”. It’s quite understandable. After all, we do claim to carry the loudest horns you can buy. Well, this week we get a little nerdy and talk about the science behind volume and how it is measured when it comes to air horns and train horns.

Just like everything else out on the internet, when it comes to decibel ratings, especially with train horns, there is a ton of misinformation out there. Just because someone advertises their horns to be the loudest or a certain number of decibels doesn’t mean your ears will agree when you receive it. With this guide, we hope to give you a better idea of how it all works, so you can tell the difference. 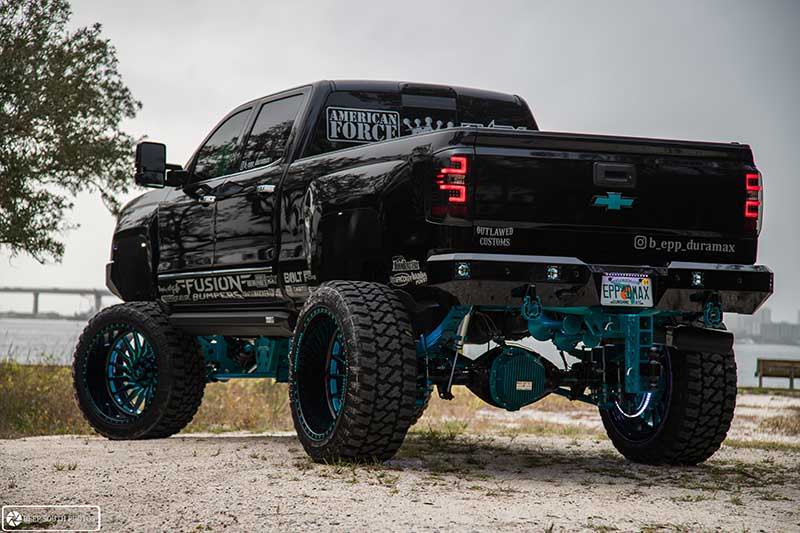 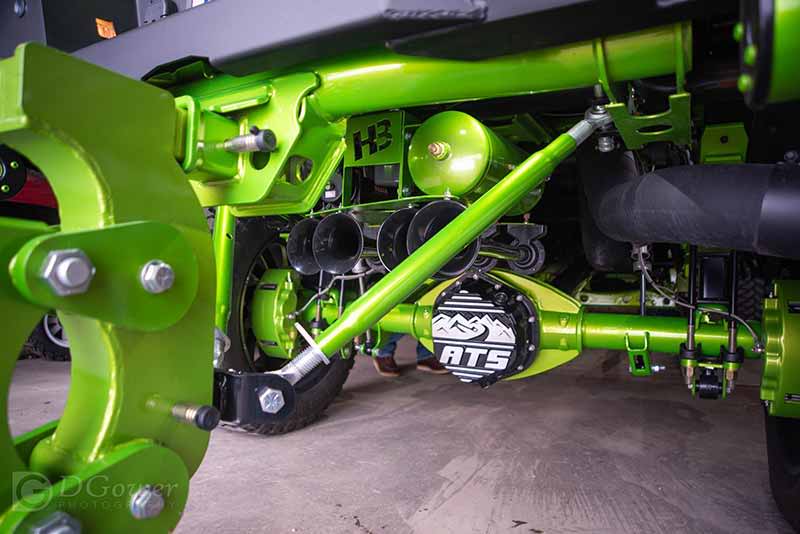 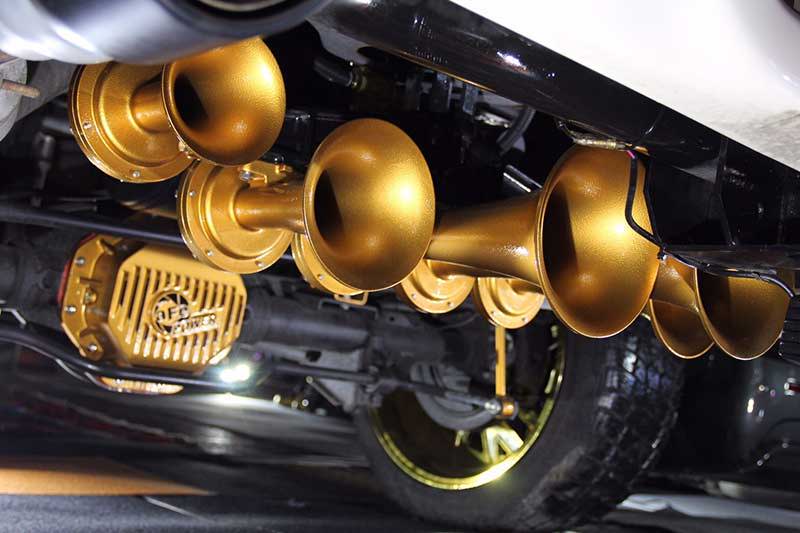 Saved by the Bel

You have probably heard the word decibel used before you ever got into train horns. Most people know that decibels are a measurement of sound, but do you know how it’s measured and why?

The term decibel actually consists of two words: “Deci”- meaning ten and “Bel” named after the inventor of the telephone. Alexander Graham Bell (decibels are a relatively new unit of measurement, originally used to calculate the signal loss in telegraphs and telephone circuits). So, the base measurement of volume is a bel and decibel is a bel to the 10th power. This is key to understanding how decibels are measured because each decibel is ten times louder than a previous decibel. This means that the relationship between two decibels will increase as the decibel level goes up. For example, 10 decibels is 10 times louder than zero, but 20 decibels are 100 times louder than zero. Scientists and mathematicians call this a logarithmic scale.

Decibels can be measured by a device called a Decibel Meter or a Sound Level Meter. Sound waves create pressure in the atmosphere that can be measured. The louder the sound, the more pressure that it will create. The Decibel Meter is a small device with a microphone on the end that picks up the changes in pressure and reads off on a display. There are even some phone apps out there that claim to be Decibel Meters, but the accuracy for these apps are heavily debated.

It’s no secret that distance from the source of the sound with change the volume that you are hearing it at. One of the problems with measuring the decibel level is there is no standard distance to test at. Say you have two companies selling a “150dB” horn. If the first company test their horn at 3 feet away and the other test at 100 feet away, they are going to have different readings. When you see a company advertise their decibel levels, do they tell you what the distance was? The only truly accurate way to test is by testing all the horns at the same distance.

In 2014 a third-party company called DJD Labs wanted to set the record straight on how loud most train horns actually are and how the most popular horns compared to each other. Although the results are not surprising to anyone that has owned a HornBlasters kit, but it does give some insight into what decibel levels different types of horns come in at.

There are a few different observations that can be made based off of this test. First off, as you can see, the Nathan AirChime K5LA Train Horn is at the top of the list. When we say we have the loudest horns you can buy, this is what we are referring to. Simply put, you don’t get any louder than the real deal. Short of installing a ship horn on your truck, the loudest you can get are real locomotive horns. Our Shocker XL Train Horn that is featured in our Conductor's Special Train Horn Kits come in a close second. If you are looking for a horn that can go toe-to-toe with a locomotive, but don’t have the budget or the install space for the Nathan Airchimes, our Shocker XL horns will be your best bet.

It is also easy to tell from this test that different types of horns will have different volume capabilities. At the bottom of the scale, you will see various electric horns. These horns have a small direct-drive compressor without a tank. Since there is no tank to pressurize, these horns run on very low pressure, limiting how loud they can be. Most of the electric horn comes in at about 120dB. Next, on the graph, you have air horns. As you can see, most air horns will be between 120-140dB with a few exceptions. Air horns are generally higher in pitch than train horns and higher frequency sound waves take more energy to travel, so the sound doesn't carry as well at further distances than train horns. Some air horns don’t require as much air pressure as train horns, but all air horns require more air pressure than electric horns do.

Train horns dominate the top of the list with the highest decibel levels. These horns require the most amount of air pressure, sounding their loudest at 150 PSI. Train Horns produced tones that are lower pitch than air horns. It makes perfect sense when you stop to think about it. Locomotives want to be heard from as far away as possible. Lower tone sound waves travel farther because they require less energy to travel. Think of when you hear music from far away, it's mostly the bass that you hear. 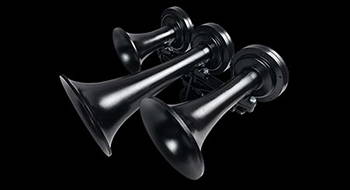 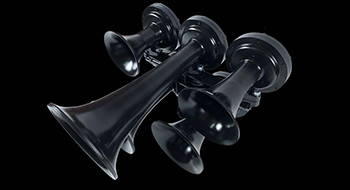 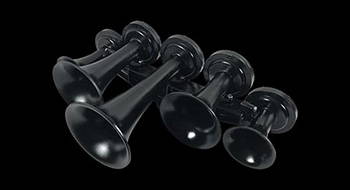 As we touched upon at the very beginning, there is a lot of misinformation out there about how loud horns can be. There are a ton of air horns that claim to be able to do north of 150 decibels. Some have even claimed to be as high as 185 decibels. If this doesn’t already sound ridiculous to you, keep reading.

As you saw from the DJD Labs test above, actual huge cast-metal locomotive horns top out at 149.4 decibels. Do you think a little electric horn or air horn can do more than 150 decibels? To put things in perspective, a firecracker or a shot from a rifle is around 150 decibels. 185 decibels is the same as standing 10 feet away from a TNT blast. Any sound over 190 decibels can actually cause death! As cool as it sounds, no one is selling a horn as loud as a TNT blast, nor would you want them to, as sounds at that level will cause permanent hearing damage and cause nausea and disorientation.

Locomotives have been using train horns for over 100 years at this point. They are continued to be used not only because they are the most effective way to alert others of your presence, but also the safest. We get it, you always want louder than what you got. We are always looking for ways to get louder ourselves, but let's be realistic, you will never have an air horn as loud as a jet or an explosion. 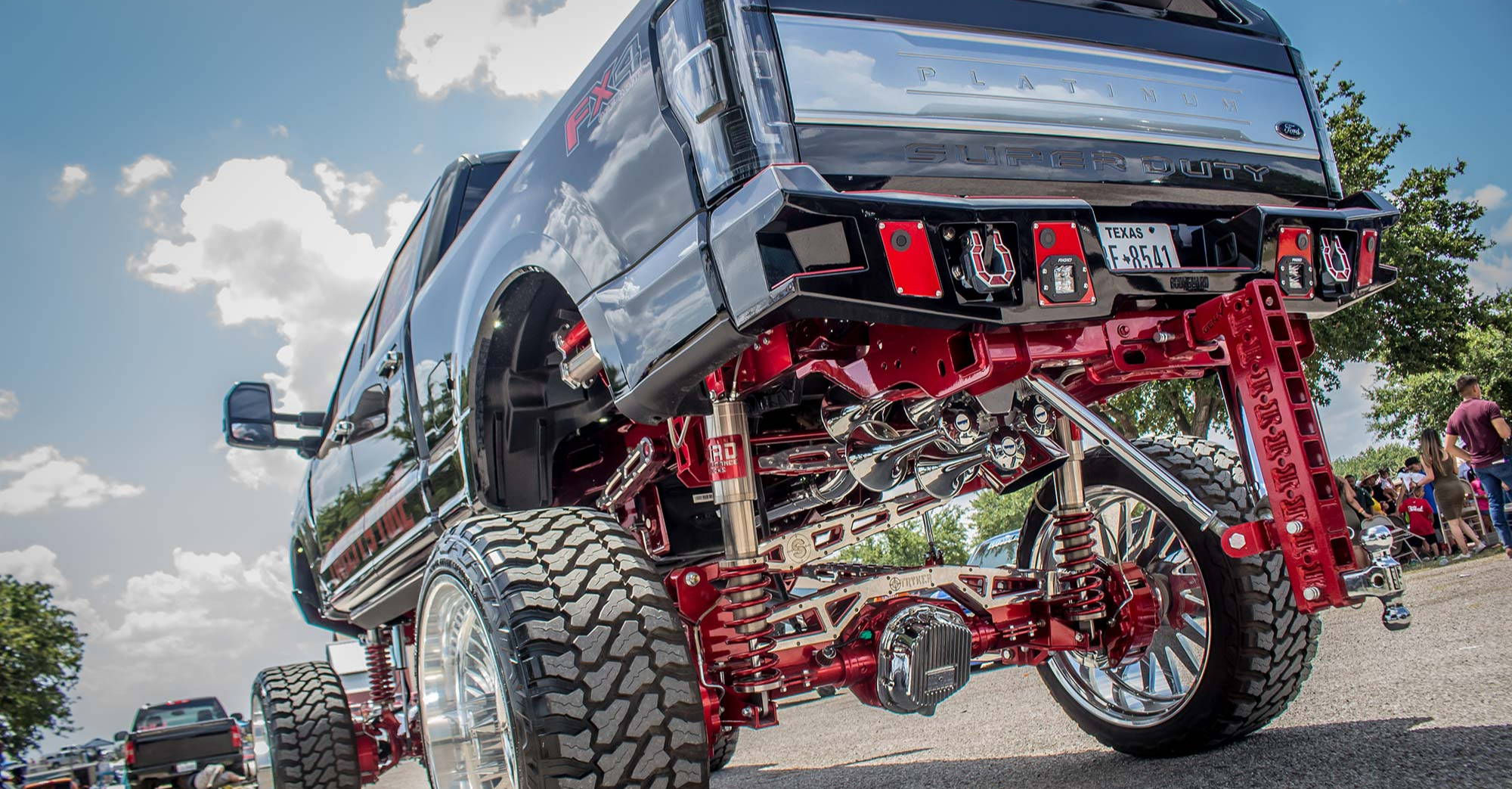 We walk you through each state laws and translate all the legal jargon to give you a clear and concise answer on the legality of installing and using our horns on your ride! Get To Know Your Horn Kit